Capoeira is a mixture of self-defense, dance and music. With roots from the struggle of the African slaves for freedom and identity during the colonial era in Brazil, the movements of rhythms and songs are performed under the guidance of the Brazilian string instrument Berimbau.

Today, capoeira is Brazil's national sport and can be found all over the world. Capoeira is practiced in a circle called “the wheel” switching to “play” two and two in the circle where one challenges each other by improvising with capoeira's kicks, evasions and acrobatic movements. The other participants are also part of this by playing the instruments, sing and clap, before it becomes their turn in the roda. 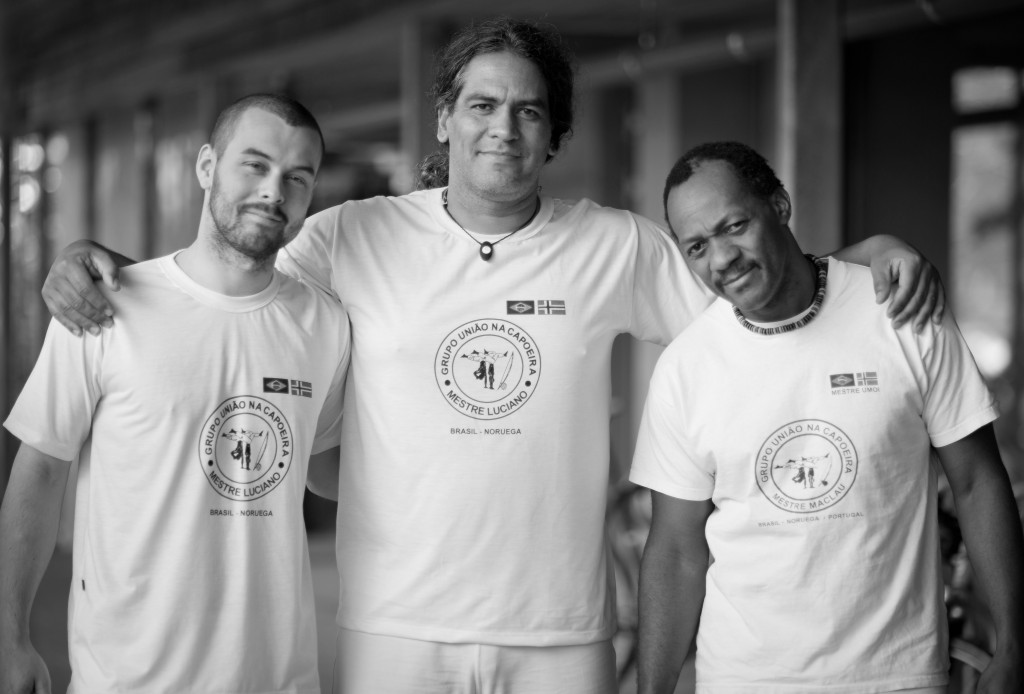 Masters Umoi eventually moved to Portugal where, among other things, he used capoeira as
tools in their work with children and adolescents. He lives in Germany today, but travels a lot
to the groups in Brazil, Portugal, Norway and Canada.

Master Maclau, Claudionor Ribeiro da Silva (right) moved to Norway
i 2004 and has overall responsibility for the groups in Norway.

Curly Teacher, Olav Hoaas W. Egeberg (left) is one of the first Norwegian teachers and has taught capoeira since 1998. He is today responsible for the group's activity in Bergen.