genres and expressions, with musicians and music that crosses borders both geographically and musically.

I 2017 is the main focus on music from Latin America and Africa – but also spiced with a little something else!

Choose your favorite day, and buy a day pass for it – or bring the whole festival with you with a festival pass 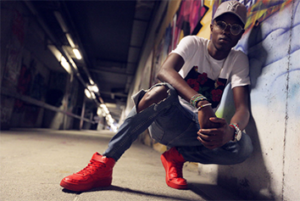 storm when he released his very first song in Norway, Versace Remix. Now he is warming up for artists like

Bracket and Iyanya, both in Bergen and Oslo. A master of text and rhythm!

Read more about the K-Cruz3 here 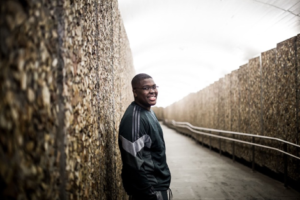 Hkeem is one of the young people, the law artists we should watch out for. The debut single "Fy faen" immediately became Ukas

song at P3, in addition to over a million streams in just 2 weeks. The first SHAME episode last season

also got the title "Fy Faen", and the song got the generous soundtrack spot and this has really awakened

interest in Hkeem worldwide! At the festival, he brings with him Temur and Jonas Benyoub - we

Non-alcoholic event
Youth night: Under 15 years only accompanied by adults

The Moussa Diallo Trio expresses the soul itself in a fusion of Western and African music, with a raw energy of

Moussa Diallos music. He has a multicultural background with roots in both Mali and Denmark, and expresses

the very soul of a fusion of Western and African music

and hefty sucking rhythms. Or you are just a true music lover who wants to enjoy this eminent

the big band with really fantastic musicians from both Norway, Cuba and Latin America.

Havana, Cuba. But there will also be classics from Carlos Santana, Titus Bridge, Ry Cooder and

Friday starts with a bang, with Mexican music! Mariachi Bergen is one of Scandinavia's few

Latin American community in Bergen. Their catchy rhythms made the fan base grow very fast,

and at their concerts you can meet people from all over the world.

Chela Jaranera plays cumbia, bachata, celebration, chicha and son. All are danceable rhythms that have

origin in Colombia, the Dominican Republic, Peru and Cuba. These rhythms are strongly influenced

of African heritage. The band's sound evokes thoughts about how celebrations took place among African-South Americans

and Afro-Caribbean residents of neighborhoods populated by people of African descent.

The band consists of musicians from Ecuador, Paraguay, Spain, Guatemala, Chile and the United States.

Che Sudaka was formed in 2002, on the street music scene in Barcelona, with musicians from Argentina and Colombia.

Since then, they have released 9 album and hat 1409 concerts in 45 various countries!

They are concerned with the social counterculture, and the texts are often about the problems of immigration,

social injustice and war. They combine this with the explosive power of Cumbia, Ska and Punk,

which makes the band so unique. The band combines all kinds of genres, and references are legendary bands like

The Clash, Black Hand og The Fabulous Cadillacs. Their trademark is a crowded energy on stage and one

overwhelming presence. That Sudakas motto was “Bailiar thinking!” (Think while you dance!), and with

they think that in addition to having a good party, they will focus on increasing social awareness and solidarity.

The seas om Che Sudaka her

At an asylum reception center, for 15 years ago, a group of boys found each other through drumming and rhythms. The rhythms were

to songs, and the gang of a band. One of Bergen's most exciting and genre juggling bands takes us to earth

funk, disk, tango, balkan and rock. They themselves describe their music as "hip-hop meets folk music or one

back street party in Barcelona ”and draws inspiration from around the world.

extremely catchy and with addictive rhythms!

He big hit, Ebebi, is influenced by Congolese afrobeat, Nigerian, Ghanaian and with dancehall undertones,

and has become a worldwide sensation with nearly two million views on youtube. Combined

with one of the hottest dancers of the year, the song's infectious rhythm has led to countless worldwide virals

Ghanaian Wisa Greid, is Ghana's new Afrobeat sensation! He has a number of big hits, as Ekiki Me and

Mentse Bo, and was nominated for Newcomer of the Year at the Ghana Music Awards 2016.

Wisa Gried's musical education started on the streets of Accra together with music producer Chapter Beats.

His lyrics are characterized by optimism and love in beautiful harmony, and with local dialects (Ga and Twi)

and pigeon English over lively afro-beats tones. His concerts often start a little calm, but you can always

expect an explosive and energetic ending!

Kenyan DJ Sparks has great success as a DJ, and has worked with many established musicians.

He is one of the most versatile DJs in England, where he also has his own radio broadcasts.

The repertoire extends to genres such as hip hop. RnB, House, Afrobeat, Dancehall/Reggae –

The Joint Immigrant Council in Hordaland